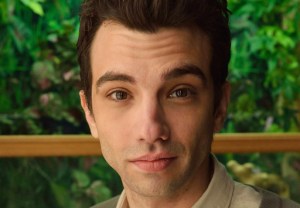 FXX on Wednesday announced a 10-episode order for Man Seeking Woman, a comedy based on The Last Girlfriend on Earth, a book of short stories by former Saturday Night Live writer Simon Rich. Man follows Josh Greenberg (Undeclared‘s Baruchel) as he navigates the agonizing — and occasionally dangerous — world of dating.

“Simon Rich has delivered a wholly original, hilarious and fantastical view of single life that features an incredible performance from Jay Baruchel,” says Nick Grad, FX Networks and FX Productions’ President of Original Programming. “We feel this is the perfect fit for FXX and are thrilled to pick up the show.”