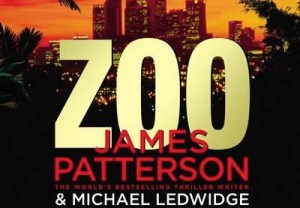 CBS is taking a trip to the Zoo.

The network announced Tuesday that it has given a 13-episode, straight-to-series order for the one-hour drama, based on James Patterson’s 2012 bestseller of the same name.

The series centers on a young renegade biologist who must uncover the secret behind a wave of violent animal attacks against humans. Patterson is on board to executive-produce, along with Jeff Pinkner (Fringe), Josh Appelbaum (Star-Crossed), Andre Nemec (Alias) and Scott Rosenberg (Life on Mars).

“Zoo further demonstrates our commitment to high-quality, year-round programming and to high-concept series that play to summer audiences in the U.S., as well as on a global scale,” CBS Entertainment Chairman Nina Tassler said in a statement. “With this No. 1 bestseller coming to television, we’re excited to give our viewers a thrill ride with another blockbuster summer event.”

Zoo is slated to premiere in Summer 2015.