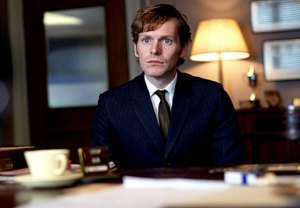 Detective Constable Morse will be visited by the Ghost of a Schoolgirl Passed when Endeavour returns this Sunday (PBS, 9/8c).

The show, now in it’s second season, is a prequel to the long-running Inspector Morse series and follows the young detective (played by Shaun Evans, The Last Weekend) as he begins his career with the Oxford City Police. Roger Allam (V for Vendetta) co-stars as his boss and partner in crime-solving, Detective Inspector Fred Thursday.

In this week’s episode, Morse investigates a 100-year-old series of unsolved murders-by-croquet mallet at what is now an all-girls boarding school, after he finds a possible connection to his current investigation of a museum docent’s death-by-ceremonial dagger.

But before he can get to the truth, Morse has to deal with the Spirits of  Schoolgirls Present.