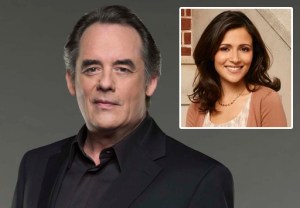 As Chasing Life‘s April begins to accept the impact cancer will have on her future, she’ll find herself reflecting on what life was like before her diagnosis — and it turns out, she has a pretty Devious past.

In addition to his current gig on Maids, Irwin’s extensive credits also include roles on Grey’s Anatomy, Lost and My So-Called Life.