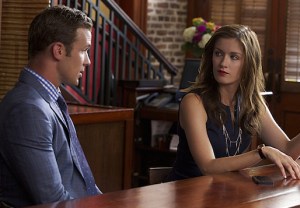 ABC’s Rising Star this Sunday drew 5.2 million total viewers and a 1.5 demo rating, down 10 and 20 percent from its week-ago premiere.

The only other broadcast TV action was over on CBS, where Big Brother opened the night with 5.8 mil and a 1.8, down from last Thursday’s episode (6.6 mil/2.3) but on par with its first Sunday outing of Summer 2013.

The premiere of CBS’ (allegedly) shteamy Southern sudser Reckless then dropped a chunk of that audience, bowing to just 4.1 mil/0.7. Unforgettable‘s Season 3 opener followed with 6.2 mil/0.9, on par with its Season 2B premiere and up a tenth from its May finale.