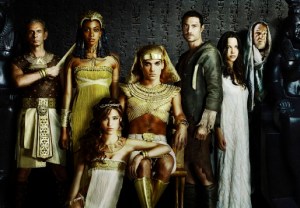 Fox has canceled the ancient Egypt-set, action-adventure drama — without having aired a single episode — EW.com reports.

Despite getting a straight-to-series, 13-episode order, the show wasn’t coming together creatively in the way that executives had hoped, sources tell EW.

Hieroglyph, which was slated to debut in 2015, centered on a notorious thief (Beauty and the Beast’s Max Brown), who is plucked from prison to serve the Pharaoh while navigating palace intrigue, seductive concubines, criminal underbellies and even a few divine sorcerers.

Watch a trailer for the series below, then hit the comments to weigh in with your relief and/or disappointment.