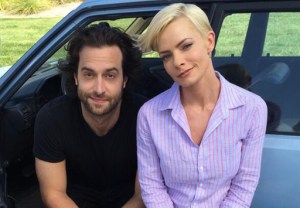 Jennifer Falls has finally tracked down the M.I.A. baby daddy of Jaime Pressly’s titular character — not that she was looking for him.

Chris D’Elia (Undateable) has been tapped to play Adam, the impulsive musician who disappeared from Jennifer’s life shortly after getting her pregnant, TVLine has learned exclusively. He’ll return a changed man, or so he says, eager to insert himself in Jennifer and their daughter’s lives.

D’Elia will appear in several episodes of the TV Land comedy, beginning with Episode 8, titled “Dads and Dogs.”