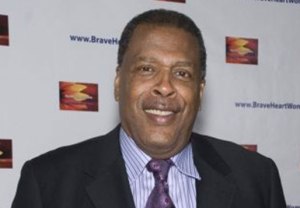 Meshach Taylor, best known for his Emmy-nominated role as eccentric assistant Anthony Bouvier on Designing Women, died Saturday evening after battling a terminal illness, his agent confirmed to The Hollywood Reporter. He was 67.

The actor’s family took to Facebook earlier on Saturday to say, “It is with love and gratitude that we sorrowfully announce that our darling, amazingly brilliant and dynamic, Meshach, the incredible father, husband, son and friend has begun his grand transition,” the family wrote. “Our friends who know and love us, please offer your prayers for his peace and blazing light as he ascends to the heavens. Those who need to call the family please do. Those who desire to post memories, we are open and graciously accepting all gestures of peace.”

On film, Taylor’s credits included the 1987 romantic comedy Mannequin and David Mamet’s House of Games. The actor was also a familiar face in the theater world, making his Broadway debut in 1998 as Lumiere in Beauty and the Beast.