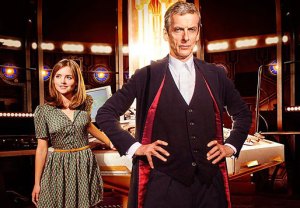 Looks like your next Doctor‘s appointment is all set!

The eighth season of Doctor Who will be landing on your screen Saturday, August 23 at 8/7c, with the feature-length episode “Deep Breath,” BBC America announced on Friday.

Peter Capaldi (Torchwood, The Thick Of It) will be stepping into Matt Smith’s shoes (or bow tie) as he takes on the role of the titular Time Lord. The Twelfth Doctor’s look finds him “[weaving] the future from the cloth of the past,” the actor previously described. “Simple, stark, and back to basics. No frills, no scarf, no messing, just 100 per cent Rebel Time Lord.”

Watch an all-too-brief (yet still provocative) new teaser video below.