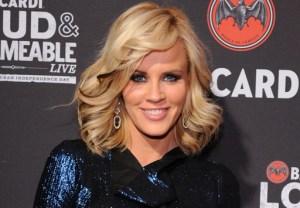 There’s a whole lot of shaking going on at The View, and Jenny McCarthy isn’t staying quiet about it.

Following Sherri Shepherd‘s statement about leaving the ABC daytime talk show, McCarthy on Thursday tweeted a confirmation (of sorts) that she also won’t be returning next season:

My View will be changing too. As will with many hard working folks. Thanks to everyone at the show for your dedication and an amazing year.

_
Less straightforward, however, was McCarthy’s tweet about her fellow co-host:

If Sherri goes… I go too. #sisters

_
Then came a picture of McCarthy with Shepherd, accompanied by an even more cryptic statement:

These are my Avengers and we will be back! pic.twitter.com/fjtxqfpY3H

_
McCarthy’s tweets are certainly up for interpretation — where exactly will she be “back,” you might ask — but one thing’s for certain: Whoopi Goldberg is going to be awfully lonely sitting solo at The View table next season.

So who should fill McCarthy and Shepherd’s now-vacant seats? Drop us a comment below and let us know who you’d like to see join The View.