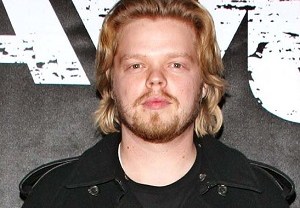 Netflix’s Daredevil has found his BFF.

In a town full of crime and corruption, Foggy’s passion for improving the community has made him a friend to its many residents from all walks of life.

Henson — who stars in the upcoming Hunger Games: Mockingjay films and may be remembered by millennials for his roles in She’s All That and the Mighty Ducks movies — joins a cast that includes Vincent D’Onofrio (as the villainous Wilson “Kingpin” Fisk) and Rosario Dawson (in a top-secret role).

Executive-produced by Steven S. DeKnight (Spartacus) and Drew Goddard (Buffy the Vampire Slayer), Marvel’s Daredevil follows the aforementioned Matt Murdock, who at the time he was blinded as a young boy also was imbued with extraordinary senses. He now fights injustice by day as a lawyer and by night as Daredevil.

Due to debut in 2015, Daredevil marks the first of several Marvel hero series en route to Netflix, the sum of which will capped by an Avengers-like TV-movie.