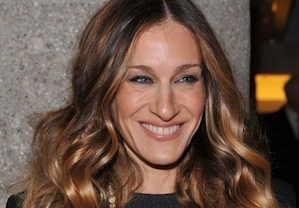 Sarah Jessica Parker could soon be back behind the laptop.

The Sex and the City actress is set to star in a police crime thriller pilot based on the non-fiction book Busted: A Tale Of Corruption and Betrayal in the City of Brotherly Love, our sister site Deadline reports.

Parker will play one of the two leads in the project, which chronicles Philadelphia Daily News reporters Wendy Ruderman and Barbara Laker’s efforts to uncover one of the biggest police corruption scandals in Philadelphia’s history.

Sidney Kimmel Entertainment will produce alongside Anonymous Content (True Detective). The project won’t be shopped to networks until the rest of the cast is lined up, according to Deadline.

Excited about a weekly dose of SJP on your TV screen? Any great casting ideas for who should play her partner in crime-exposing? Sound off below!