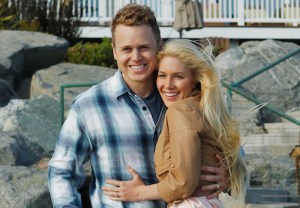 Heidi and Spencer apparently are still, to some tiny degree, a “thing” (in someone’s eyes), and their episode of Celebrity Wife Swap on Tuesday night drew 3.8 million total viewers and a 1.3 demo rating, down 10 percent and two tenths from the show’s last fresh outing.