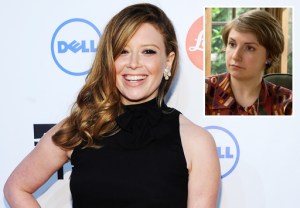 One of Litchfield’s finest is getting out on parole and heading straight for Brooklyn.

RELATED Which Gossip Girl Star Is Heading to Girls?

Natasha Lyonne (Orange Is the New Black‘s Nicky Nichols) will guest-star in a Season 4 episode of HBO’s Girls as a character named Rickey, TVLine has learned exclusively.

In addition to her work on OITNB, Lyonne’s credits include roles on Law & Order: SVU, New Girl and Weeds.

HBO would only confirm that Lyonne will appear in the comedy’s fourth season, slated to premiere in early 2015.

Any dream storyline for Lyonne on Girls? Drop it in a comment below.