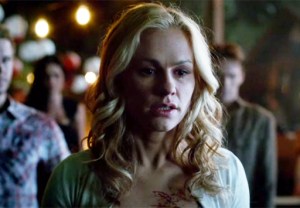 NBC’s American Ninja Warrior this Monday drew 5.5 million total viewers and a 1.8 demo rating — up 17 percent (to a season high) and two tenths (topping the night), leading out of a Last Comic rerun (3.5 mil/1.0).

RELATED Mistresses Recap: A Psychiatrist Walks Into a Bar…

Meanwhile, we now have numbers for True Blood‘s final season premiere, which in its first Sunday night airing drew 4 million total viewers, on par with its Season 6 finale (4.1 mil) but down 12 percent from its previous premiere. Folding in multiple replays, the HBO drama amassed 5.8 million viewers, up 3 percent from its Season 6 premiere night.