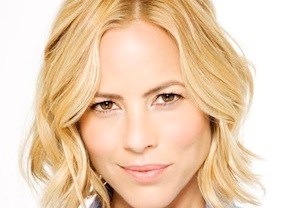 Maria Bello (Prime Suspect, Touch)  is getting behind the wheel of Big Driver, a Lifetime movie based on Stephen King’s horror novella, TVLine has learned.

Oscar winner Olympia Dukakis, rock icon Joan Jett and NCIS guest star Will Harris have also been cast in the project, which marks the first collaboration between King and Lifetime.

Big Driver, which was featured in King’s collection Full Dark, No Stars, centers on Bello’s Tess Thorne (Bello), a famous and revered mystery and thriller writer who faces a long drive home following a book signing engagement. While driving on a lonely stretch of New England road, her tire blows out, leaving her stranded. Relieved when another driver (Harris) stops and offers assistance, Tess quickly discovers her savior is actually her assailant, a serial killer who repeatedly assaults her. Left for dead in a drainage pipe to rot with the bodies of his other victims, Tess escapes and makes her way safely home. With her fragile mind beginning to unravel, she is determined to find her rapist and seek revenge, as payback is the only thing holding her together.