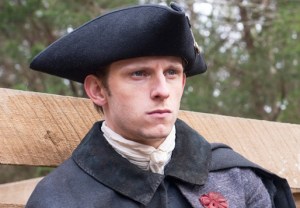 AMC has renewed its Revolutionary War-era espionage drama Turn for a second season, the cabler announced on Monday.

Turn premiered to 2.1 million total viewers and a 0.5 demo rating in early April, slipping to 1.6 mil/0.4 with its recent finale.

To help bolster awareness/sampling of the freshman series, AMC will pair Turn repeats with Hell on Wheels Season 4, which premieres Saturday, Aug. 2 at 9/8c.