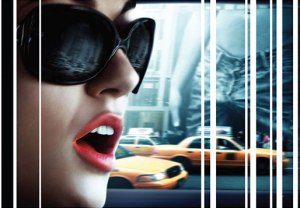 Starz is getting into a long-term relationship.

The premium cabler on Monday announced that it has greenlit The Girlfriend Experience, a scripted anthology series based on Steven Soderbergh’s 2009 film of the same name.

Comprised of 13 half-hour installments, the series will explore the relationships of exclusive courtesans who become romantic partners and confidants for their clients. Soderbergh will executive-produce, along with Philip Fleishman (Yes: 9012 Live) and indie filmmakers Lodge Kerrigan and Amy Seimetz.

“We are all such fans of the movie that the idea of exploring this world through many different characters, voices and points of view was especially intriguing,” Starz CEO Chris Albrecht said in a statement. “Steven and Philip’s approach to the format is unique and not something seen on the entertainment landscape today. Working with Steven is always a thrill, and we are excited to break the mold with this project yet again.”

Soderbergh’s most recent TV credit is the HBO film Behind the Candelabra, for which he won an Emmy for Outstanding Directing in 2013.