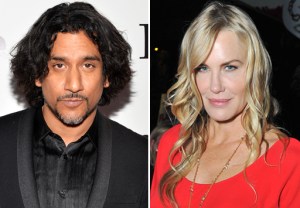 As TVLine previously reported, Sense8 will follow eight people scattered around the globe who are connected by a violent, shared vision. Each episode — shot in the UK, Seoul, Mumbai, Nairobi, Berlin, Mexico City, San Francisco and Chicago — will follow the characters’ separate stories, even as one entity tries to bring the octet together and another tries to kill them.

Ordered for 10 episodes, Sense8 is expected to debut on Netflix in 2015.