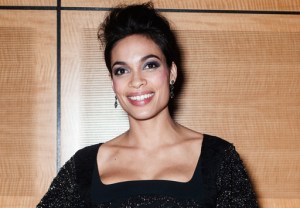 The Sin City star has joined the 13-episode series in a top-secret role, Marvel announced Friday, leaving fans to speculate how her unnamed character might fit into the Daredevil universe.

In fact, our only clue to Dawson’s character is in these words from Jeph Loeb, Marvel’s Head of Television: “Her role in the series is absolutely critical to Matt Murdock’s journey to become the hero we know as Daredevil.”

Perhaps die-hard Daredevil fans can shed some light on Dawson’s top-secret role? Drop a comment with your theories about her character below.