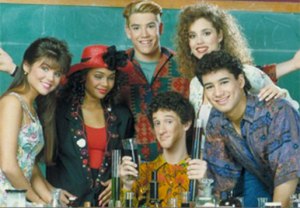 “Extracurricular activities” are about to take on a whoooooole new meaning.

Lifetime will go back to school this fall with The Unauthorized Saved By the Bell Story, a TV-movie that chronicles the behind-the-scenes antics of NBC’s beloved 1990s sitcom, Buzzfeed reports.

Production of the film was prompted by (yet sourced independent of) Behind the Bell, Diamond’s 2009 tell-all that highlighted the actors’ involvement with sex and drugs during the show’s run.

The Unauthorized Saved By The Bell Story will film in Vancouver and premieres Sept. 1 at 9/8c.