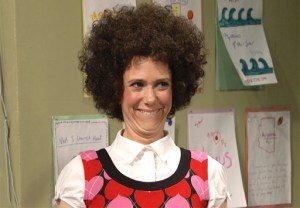 We’ve got big ice cream news, and we’re not “sorry” about it.

Ben & Jerry’s on Thursday announced the release of new Saturday Night Live-inspired flavors, one based on Andy Samberg and Chris Parnell’s 2005 Digital Short “Lazy Sunday,” and the other based on Kristen Wiig’s precociously apologetic character Gilly.

But what do they taste like, you ask? Here’s a breakdown of B&J’s latest flavors: 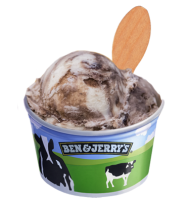 * Lazy Sunday (pictured right) consists of “a vanilla cake batter ice cream base with chocolate and yellow cupcake pieces and a chocolate frosting swirl.” Forgoing the suggested mix of Red Vines and Mr. Pibb was probably a good call.

* Gilly’s Catastrophic Crunch is “a combination of chocolate & sweet cream ice creams, with caramel clusters, fudge-covered almonds and a marshmallow swirl as frantic and mischievous as the flavor’s namesake.”