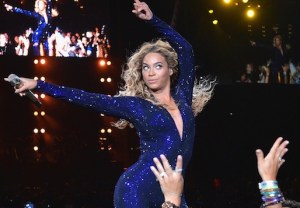 Beyoncé is riding her wave of success with HBO, which drew big ratings when it aired her documentary Life Is But a Dream back in February 2013, by launching weekly Sunday-night mini-concerts called Beyoncé: X10.

Will you be tuning in for Beyoncé: X10? Which performance has you most excited? Sound off below!