Saul Goodman is about to be a very busy man.

AMC on Thursday announced that a 13-episode second season of Better Call Saul — the upcoming prequel to Breaking Bad, starring Bob Odenkirk — has already been ordered, bringing the series’ initial episode total to 23 before it even airs.

Breaking Bad creator/showrunner Vince Gilligan is directing the pilot, and will co-showrun the series alongside Peter Gould, who created the character of Saul.

AMC also released the first on-set photo, featuring Gilligan, Gould and Odenkirk, which you can peruse below: 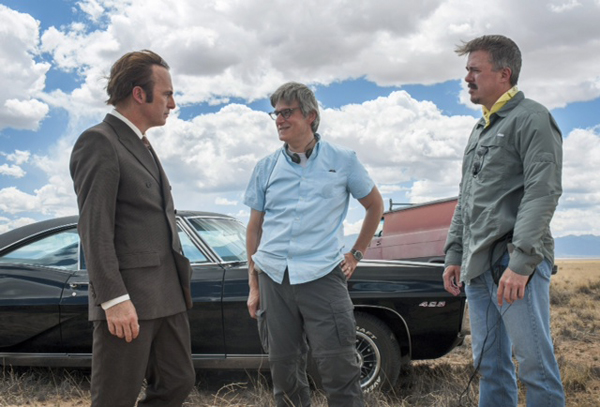 Thoughts on the first shot? Excited for the premiere? Drop your reactions in a comment below.