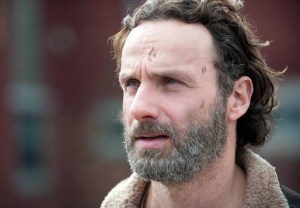 AMC has scheduled a “Dead, White and Blue” Walking Dead programming event for July 4th weekend, as the nation celebrates its independence from, among other things, zombie invasions (thus far).

PHOTO | Walking Dead Season 5 First Look: Has Rick Made It Out Alive? And Where’s Everyone Else?

In addition, AMC will debut a pair of new TWDocumentaries: Inside The Walking Dead, airing Tuesday, July 8 at 10 pm, and in which all of the key production departments – from production design and special effects to costumes and makeup — detail the creation of the hit series; and Inside The Walking Dead: Walker University (Tuesday, July 15 at 10 pm), which will reveal how there is much more to becoming part of the living dead than just make-up.

The Walking Dead will open its new season in, as is tradition, October.