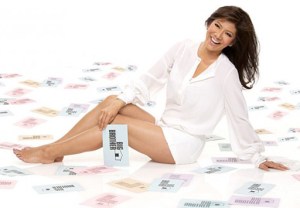 Julie Chen promised to put all “Big Brother twist rumors to rest” during Wednesday’s installment of CBS’ The Talk, and as always, the über hostess proved to be a woman of her word.

Here’s the scoop: Instead of one houseguest winning Head of Household each week, there will now be two victors, which means four contestants will be on the block (as each HoH nominates two people.)

Additionally, Season 16 will introduce a new competition called “Battle of the Block,” meaning the Head of Household is no longer guaranteed safety.

Chen also revealed that “Team America” — aka all of us watching from home — will have more control than ever as to what goes on in the BB house.

All of these changes will be implemented when Big Brother returns for its sixteenth season on June 25 (CBS, 8/7c).

Are you excited about all the changes going on in the Big Brother house? Drop a comment with your hopes for Season 16 below.