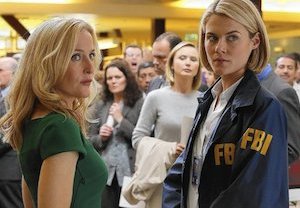 Crisis is ending a little sooner than planned.

NBC has moved up the canceled drama’s two-hour finale to Saturday, June 21 at 8/7c.

RELATED | NBC to Rock With Beatles Event Series: Who Should Play the Fab Four?