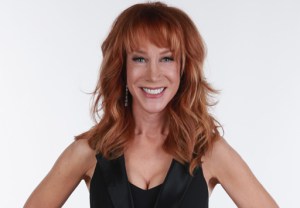 Kathy Griffin is coming to daytime — sort of.

The comedian has been tapped to host the 41st annual Daytime Emmy Awards — which, for the first time, will only be broadcast online — from the Beverly Hilton on June 22.

“I am beyond thrilled to be hosting what I’m told is the most important television event of the year,” Griffin said in a statement. “Knowing that over 100 million people from every corner of the planet will be watching, I will try to keep my nerves at bay and deliver a great show.”

* The first-ever American Country Countdown Awards will be televised Dec. 15 at 8/7c on Fox. The two-hour live event will take place in Nashville, Tenn.

* The Real Housewives franchise has finally made its way to Hulu. Hundreds of episodes of the various series — including New York, Beverly Hills and New Jersey — are now available to stream. Cheers!