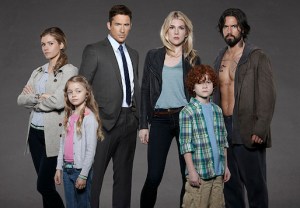 ABC’s midseason drama The Whispers is undergoing a bit of a casting shake-up.

TVLine has learned exclusively that series regular Brianna Brown — who portrayed Lena, the photojournalist wife of Barry Sloane’s character, Wes, in the pilot — has exited the series for creative reasons.

The role will be recast and Brown’s scenes will be re-shot.

Produced by Steven Spielberg’s Amblin TV, The Whispers (fka The Visitors) chronicles a race against the clock to defeat an unseen alien enemy out to destroy the world by using the most unlikely and unsuspecting inhabitants on the planet: the children.