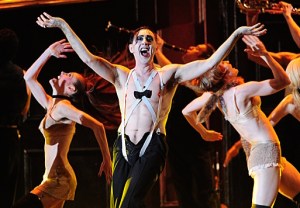 CBS’ broadcast of the Tony Awards drew 7 million total viewers and a 1.2 rating on Sunday night — down a smidgen in audience versus last year but steady in the demo.

RELATED | 2014 Tony Awards: The Best and Worst (and Wiggiest) Moments