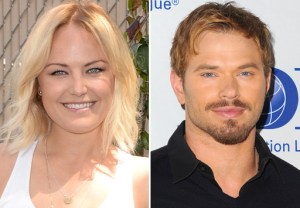 Both actors will reprise their roles in HBO’s cult comedy series when it returns for a limited run this fall, our sister site Deadline reports.

Akerman will once again play actress Juna Millken, who starred opposite Lisa Kudrow‘s Valerie Cherish in the sitcom Room and Bored, while Lutz will play Chris MacNess, also an actor on Room and Bored.

The Comeback originally ran on HBO for 13 episodes in 2005.

Neither Akerman nor Lutz are expected to appear in all six new episodes.