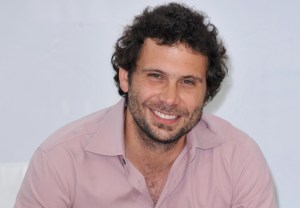 Less than a month after the cancellation of ABC’s Suburgatory, star Jeremy Sisto is already mapping out his return to the small screen.

Sisto has been tapped to co-star in A&E’s The Returned, our sister site Deadline is reporting. The drama, already ordered for 10 episodes, is an adaptation of a French series about a small town whose residents suddenly come back to life years after a fatal bus crash.

Sisto will play Peter, a psychologist who has been helping the townspeople overcome their grief by running a support group.

The Returned has already cast several familiar faces, including Arrow‘s Kevin Alejandro, Once Upon a Time in Wonderland‘s Sophie Lowe and Lost‘s Mark Pellegrino,