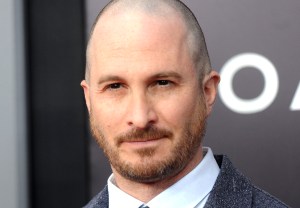 Cable TV is turning into a virtual Barnes & Noble.

HBO, home to based-on-books fare like Game of Thrones and the forthcoming The Leftovers, has put into development another  literary adaptation — this one helmed by Black Swan director Darren Aronofsky, our sister site Deadline reports.

MaddAddam is based on three Margaret Atwood novels — Oryx and Crake, Year of the Flood and MaddAddam — and takes place in the mid-21st century, where corporations hold the power governments once wielded and genetic modification is the norm. The action takes place before and after a cataclysmic event that decimates the world’s population.

Aronofsky will executive-produce the drama through his Protozoa Pictures production company, alongside Brandi-Ann Milbrat and Ari Handel; Aronofsky also may direct.

In related news, AMC on Monday announced plans to adapt Philipp Meyer’s novel The Son into a drama series. The book follows one Texas oil empire through its “bloody rise and fall,” per Deadline.