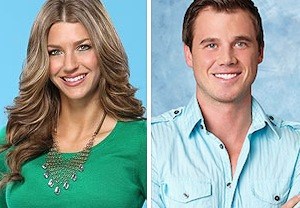 Thirteen scorned Bachelor and Bachelorette rejects together in a foreign country? What could possibly go wrong?

ABC on Wednesday announced the first 10 contestants appearing on the upcoming Bachelor in Paradise, which premieres Aug. 4, and it’s pretty much a who’s who of memorable messes. Three men currently vying for Andi Dorfman‘s affections have yet to be announced.

Let’s start with the ladies, each one accompanied in parenthesis by the name of the Bachelor who broke her heart:

Will you be tuning in to Bachelor in Paradise this summer? And which guys from Dorfman’s current season would you pick to appear on the show? Drop a comment with your thoughts below.