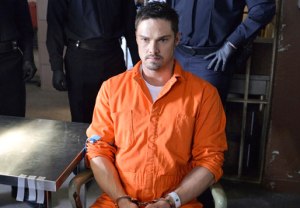 ABC’s Mistresses opened its second season on Monday night with 4.7 million total viewers and a 1.2 rating (per finals), up from its freshman finale (which did 3.9 mil and a 1.1) and outdrawing its Season 1 opener (4.4 mil/1.2).

THE CW | Whose Line Is It Anyway? christened its new night with 1.7 mil and a 0.5, down a tenth from its last Friday outing but greatly improving on Star-Crossed‘s finale (830K/0.3). Beauty and the Beast returned to 1.1 mil and a 0.4, rising 38 percent in viewers to deliver what looks to be its most watched episode since the Season 1 finale, while doubling (though how could it not?) its most recent rating.