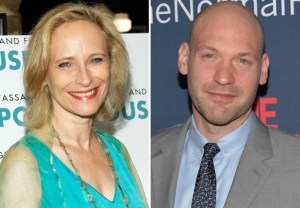 Homeland is beefing up its Season 4 staff with the additions of Bored to Death‘s Laila Robins and House of Cards‘ Corey Stoll.

Robins, a new series regular, will play Martha Boyd, the United States Ambassador to the Islamic Republic of Pakistan, described as being “professional” and “put together.”

Stoll, a Golden Globe nominee, will guest-star as Sandy Bachman, the CIA Chief of Station in Pakistan. He can next be seen starring on FX’s The Strain, premiering July 13.

Per Showtime, Homeland‘s fourth season “will find Carrie assigned to one of the most volatile and dangerous CIA stations in the Middle East where she is back on the front lines in the war on terror.”