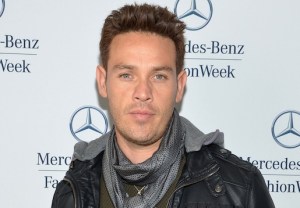 Kevin Alejandro, who played Starling City boss Sebastian Blood on the CW series, will lay down the law as Sheriff Tommy Moran in A&E’s adaptation of the French supernatural drama, our sister site Deadline reports.

The 10-episode, straight-to-series Returned tells the story of a small town in which many presumed-deceased residents reappear, with varying repercussions. Lost‘s Carlton Cuse will co-executive-produce.

Mark Pellegrino (Lost, The Tomorrow People) joined the project last month as Jack, the father of twin girls, one of whom comes back to life after dying in a school-bus crash four years prior. Deadline reports that Once Upon a Time in Wonderland lead Sophie Lowe will play Lena, one of Jack’s twins, and Mat Vairo (Revolution) has signed on as Simon, a musician who reappears a decade after his death.

In addition to Arrow, Alejandro has had roles in True Blood, Golden Boy and Ugly Betty.