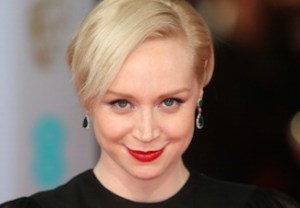 It’s rare-like-a-unicorn that TVLine has cause to report on a movie casting, but then Game of Thrones‘ warrior Brienne of Tarth up and lands a role in the ridiculously anticipated Star Wars VII.

Lucasfilm has announced that Gwendoline Christie — who joined Thrones early in Season 2 — will appear in the first film of the new Star Wars trilogy, as will Academy Award winner Lupita Nyong’o (12 Years a Slave).

“I could not be more excited about Lupita and Gwendoline joining the cast of Episode VII,” Lucasfilm president Kathleen Kennedy said in a statement. “It’s thrilling to see this extraordinarily talented ensemble taking shape.”

Director J.J. Abrams presumably laughs in the general direction of your inquiry about what roles either actress will be playing.