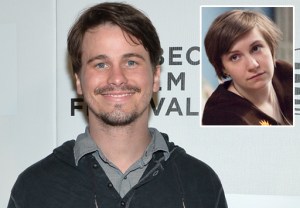 Jason Ritter is planning a night out with the Girls, TVLine has learned exclusively.

The Parenthood actor will guest-star in Episode 6 of the HBO comedy’s upcoming fourth season, playing a character named Scott.

Ritter is the latest in a series of familiar faces lining up for Season 4. As TVLine previously reported, Community‘s Gillian Jacobs will appear in several episodes as a character named Mimi-Rose Howard.

An HBO rep would only confirm that Ritter will appear in Season 4, which premieres in 2015.

How do you see Ritter fitting into the Girls‘ world? Drop a comment with your thoughts on the casting below.