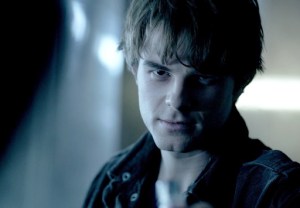 Last seen enjoying the afterlife on The Vampire Diaries, Klaus and Elijah’s baby bro is set to resurface on The Originals, TVLine has confirmed.

Nathaniel Buzolic will reprise the role of Kol Mikaelson in a Season 2 flashback, which is bound to set up even more family drama for the Original vampires.

Rumors of Buzolic’s return were first sparked earlier this month when a press release noted the actor would only be attending Barcelona’s BloodyNightCon due to “work commitments with The Originals.”

Buzolic previously appeared as Kol in The Originals‘ pilot.

Are you pumped to see Kol back with his family, even if it’s just via flashback? Drop a comment with your thoughts on Buzolic’s brief return below.