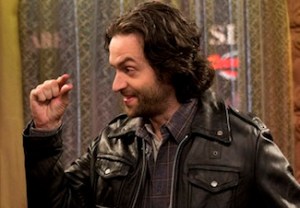 NBC’s Undateable received a virtual kiss at the doorstep with its Thursday night debut, averaging 3.8 million total viewers and a 1.3 demo rating — up sharply from Save Me‘s year-ago numbers and marking the best-rated summer comedy launch for any Big 4 network in five years.

RELATED | NBC’s Undateable: Will You Take It Out Again?