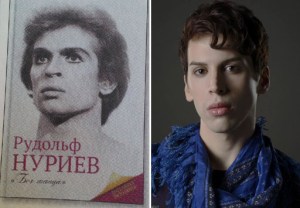 We’ve got questions, and you’ve (maybe) got answers! With another week of TV gone by, we’re lobbing queries left and right about shows including Hannibal, Orphan Black, Louie and The 100!

1 | Orphan Black‘s Vic cleans up pretty good, huh? But do we still love to hate him? And do we foresee an impulsive, animalistic hook-up between him and Alison? Also, does Felix have a Russian clone? (Hat tip to Vlada Gelman’s mom for the discovery.)

2 | Hannibal spoiler alert ahead! What was the bigger shock: that Lecter hadn’t killed Abigail Hobbs months before… or that he finally did the deed in front of Will’s face? Does Hannibal’s neighborhood suffer from the same slow-to-respond emergency services as Bones‘ Booth and Brennan? Were you sad to see the symbolic stag die? And who wants to start the campaign to make Gillian Anderson a series regular for Season 3?

3 | Had any other Mad Men fans found themselves wondering earlier this season if Bert’s days were perhaps numbered? And we’ve already come up with a bunch of questions related to the midseason finale, but here’s one more, inspired by TVLine reader comments: Who must we bribe to get Sal  back during the final stretch?

4 | How surprised were you to find yourself sympathizing with Penny Dreadful’s Creature even after he tore apart sweet Proteus?

5 | You mean to tell us there wasn’t a single dude who packed up his dignity and left the building when Bachelorette Andi made her group-date suitors participate in a bumping, grinding, down-to-their-skivvies strip show in front of a live audience? And, really, did her repeated reminder that the event was “for charity” make it any less icky?

6 | How great was it to see Faking It‘s Shane and Lauren on the same team — sequins and all?! 7 | Are we supposed to be sad that Awkward‘s Sadie and Austin broke up? (Because we’re actually just excited that the road to Sadie and Matty is now clear.) And did Val really have to rehash Jenna and Matty’s romantic history with them sitting right there? Talk about Awkward.

8 | Are The Night Shift‘s secondary characters more interesting than the main ones? We’d watch Drew and Kenny’s shenanigans over TC and Jordan’s sexual tension any day!

9 | After Inside Amy Schumer‘s “Sauced” parody, will you ever be able to watch Chopped the same way again?

10 | Can we give this week’s Best Casting Award to the actor playing Louie‘s Young Louie?

11 | For a show that’s already struggling in the ratings, why did So You Think You Can Dance opt to have Justin Bieber play any part in the Season 11 premiere? And boogying dads: Cute, or enough already?

12 | FTLOG, can someone teach The 100‘s Myles how to handle a firearm? The kid walks around jutting his semi-automatic’s barrel in people’s faces, his finger right near the trigger! Also, about this food crisis: a little charred meat never hurt any starving post-apocalyptic teen, right?

13 | Can we get more of Spike TV’s One Night Only tributes to entertainment icons — in which celebs show the guest of honor more reverence than mockery — and less of Comedy Central’s crass-as-can-be “roasts”? Also, thinking about that Don Rickles/Frank Sinatra retrospective reel: Is there anything even close to a modern-day equivalent of that bromance, between an iconic comic and singer?

14 | Does Hollywood Game Night go through, like, a top-shelf casting agency to get its conspicuously attractive “civilian” contestants? When it’s hard to tell who isn’t a celeb…. 15 | Does Chris D’Elia’s Undateable Danny live in the same NBC sitcom apartment as Whitney’s Alex? Or is it, as TVLine reader Alyssa suggests, from Are You There Chelsea? And if the show doesn’t work out, perhaps Brent Morin could pursue a career on Broadway? (He killed that Backstreet Boys sing-a-long!)

16 | Is anyone else sick of seeing so many bullets fired during Gang Related shootouts — without any main characters getting hurt? And did anyone else roll their eyes when they said Carlos was still alive after getting shot seven times by the rival gang?

18 | When a network boss “steps down,” should there be an online vote to decide which of the shows that he or she cancelled gets resurrected?

19 | In 2014, how do we feel about Chelsea Handler opening her E! talk show with 90 seconds of jokes about dwarfism (capped with a demand that the cast of Little Women: LA get written permission from a pediatrician before getting into a hot tub)?

20 | Is Jan’s pregnancy in the Toyota ads the most you’ve been engaged with a fictional, commercial character since Anthony Stewart Head’s Taster’s Choice spots?