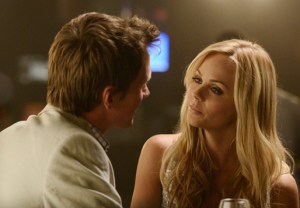 The cabler on Friday announced that it has acquired a second season of the supernatural drama.

Though the Canadian broadcaster Space renewed the werewolf-centric series earlier this month, the Syfy pick-up means that a 10-episode second season will return to American TV in 2015.

During its first season on Syfy, Bitten averaged 1.1 million total viewers, based on Live +7 data.