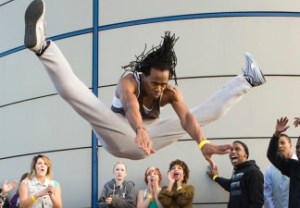 So You Think You Can Dance opened its 11th season on Wednesday night with 5.3 million total viewers and a 1.6 demo rating — up a bit in audience yet down 16 percent in the demo versus its previous premiere (which aired in-season opposite a mighty NCIS finale).

RELATED | So You Think You Can Dance Premiere Recap: 5 Best Auditions from New Orleans and Chicago

Want scoop on any summer or fall shows? Email insideline@tvline.com and your question may be answered via Matt’s Inside Line.