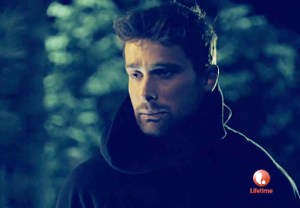 But Freddy isn’t the only character causing trouble in the trailer. A new enemy appears to be attacking people in the woods, and if the video’s final shot is in any indication, poor Killian is about to meet it head-on.

There’s also plenty of the usual Witches fare to get excited for: Ingrid stressing out about her duties as “the key,” Joanna getting strapped down in bed, etc. You know, everyday Beauchamp shenanigans.

Hit PLAY on the trailer below, then drop a comment with your early thoughts on Witches Season 2.