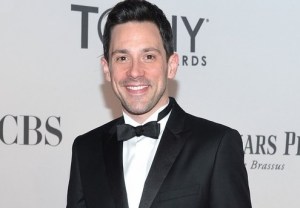 Steve Kazee, best known for his Tony-winning role in Broadway’s Once, will recur on Season 5 of the Showtime series, our sister site Deadline reports.

RELATED | Shameless Boss on the Finale’s Surprise Twist, Frank’s Fate and Laughing It Up at the Emmys

The actor will play a rock musician who interacts with Fiona and her family at the diner where she now works.