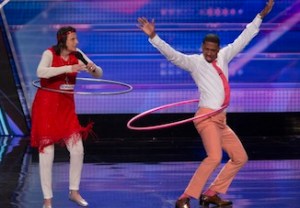 Say what you will about America’s Got Talent, but it’s still got an audience.

NBC’s summertime staple returned on Tuesday night to 11.9 million total viewers and a 3.0 demo rating, up in audience and off just a tenth from its year-ago premiere (which had The Voice‘s Top 6 results show as a lead-in).

Leading out of that, The Night Shift — which TVLine readers gave an average grade of “B-“ — debuted to 7.8 mil (a 16-week high in total audience for the time slot) and a 1.6 rating aka the No. 2 summer drama debut for any network in four years/since Rookie Blue, trailing only Under the Dome.

RELATED | NBC’s The Night Shift: Will You Clock In?