Pretty Little Liars‘ cracks are starting to show in Season 5.

ABC Family just released the official poster for the new season of its flagship drama, returning June 10 at 8/7c, and it hints at a foreboding future for one of the liars — of which there now five, following Alison’s long-awaited return to Rosewood.

Executive producer Marlene King previously revealed that “an unexpected PLL will spiral with her boyfriend,” so could this cracked mask be more proof of that? (Update: It’s clearly Ali’s mask, but let’s just have some fun with this.)

Check out the new Season 5 poster below, then drop a comment: Which liar are you most worried about this summer? 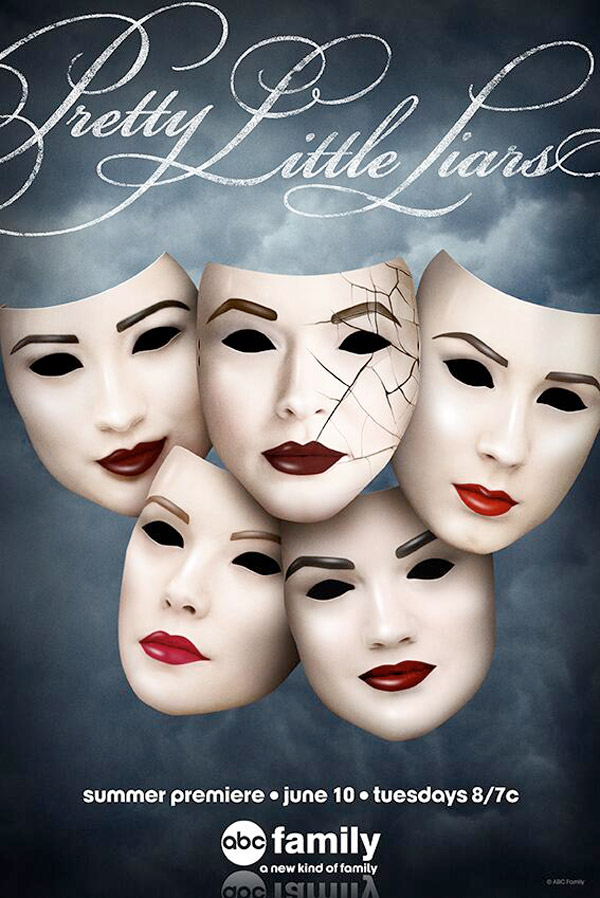