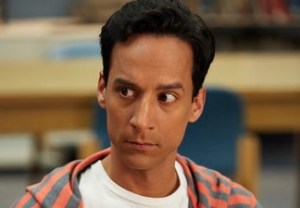 Less than three weeks after NBC dropped the axe on Community, there is talk of a possible Season 6 — though at a new home.

RELATED | Community Season 6 on Another Network? Dan Harmon ‘Won’t Stand in the Way’

Our sister site Deadline is reporting that “preliminary” talks are being held between Sony Pictures Television, which produces Community, and the streaming video service Hulu, to deliver fresh adventures for the Greendale Gang.

Series creator Dan Harmon reportedly would be involved in the possible continuation — as he had indicated earlier this month, saying he “won’t be lukewarm” about such an idea. “I’m not going to be the guy that recancels cancelled Community.”

The salvation scenario would be akin to how Netflix plucked the cult-hit comedy Arrested Development (whose corpse of course had grown much colder than Community‘s) from the ashes and funded production on a new batch of episodes.

Would you like to see Community go back to school on Hulu? Or have you gotten comfortable with the hashtag #FiveSeasonsWasFine?