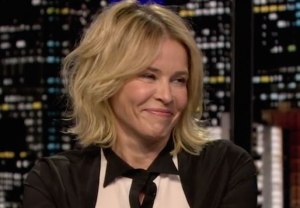 Handler had made no secret of her intention to exit E! at the end of her current contract, so the news comes as little surprise. It remains unclear where she will set up shop next, although Netflix was floated as one possibility. Another big question: Who will fill E!’s new late-night void.

“We are very proud of Chelsea Lately’s long-running success and the unique space that the series carved out in late night television,” said Suzanne Kolb, President, E!, in a statement. “Chelsea brought a distinct voice to late night with her acerbic wit and fearless commentary and we look forward to providing fans with a memorable send-off that lives up to that tradition. Most of all, we are grateful to the ‘Chelsea Lately’ team for making this show so special for seven years.”

Added Handler: “I myself am more surprised than anyone that I was able to hold down a job for seven years, and it was a fantastic seven years. I will always look back at my time on E! as most people look back at their time in college. I’m glad I went.​”